In three-dimensional space, a Platonic solid is a regular, convex polyhedron. It is constructed by congruent regular polygonal faces with the same number of faces meeting at each vertex. Only five solids meet these criteria, and each is named after its number of faces.

Named after the ancient Greek philosopher, Plato, who theorised in his dialogue, the Timaeus (360BC), that the classical elements were made of these regular solids. It was thought that they represented the five basic elements of the world; earth, air, fire, water, and the universe.

If it not required for polyhedra to be convex, there are four more regular solids. In geometry, a Kepler–Poinsot polyhedron is any of four regular star polyhedra. These can be created through the stellation of the regular convex dodecahedron and icosahedron, and differ from these forms due to their regular pentagrammic faces or vertex figures.

Together, the Platonic solids and the Kepler-Poinsot polyhedra form the set of 9 regular polyhedra. It was Augustin Cauchy who first proved that no other polyhedra can exist with identical regular faces and identical regular vertices in 1859. The small and great stellated dodecahedra, sometimes called the Kepler polyhedra, were first recognised as regular by Johannes Kepler in 1619. In 1809, Louis Poinsot rediscovered Kepler’s figures, by assembling star pentagons around each vertex. He also assembled convex polygons around star vertices to discover two more regular stars, the great icosahedron and great dodecahedron.

Stellation is the process of constructing polyhedra by extending the facial planes past the polyhedron edges of a given polyhedron until they intersect (Wenninger 1989). Starting with an original figure, the process extends specific elements such as its edges, usually in a symmetrical way, until they meet each other again to form the closed boundary of a new figure. The new figure is a stellation of the original.

The stellation diagram below shows a face plane of an icosahedron (the inner triangle), giving the lines of intersection with the other face planes. The lines define the edges of the various stellations.

A set of cells forming a closed layer around its core is called a shell. For a symmetrical polyhedron, a shell may be made up of one or more cell types. 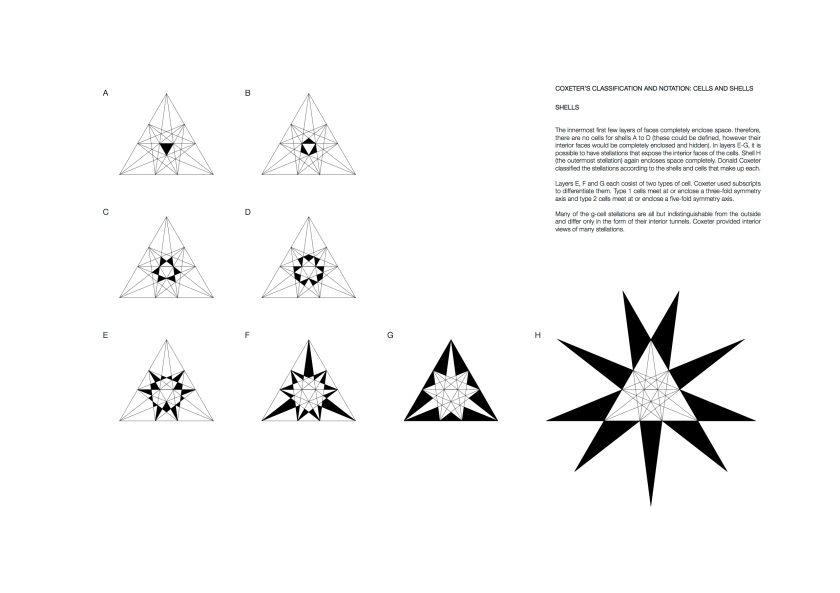 In the book ‘The Fifry-Nine Icosahedra (1938), H.S.M. Coxeter, P. Du Val, H.T. Flather and J.F. Petrie illustrated and catalogued the complete set of the stellation of the icosahedron – in accordance to a set of rules put forward by J.C.P. Miller. These stellations are demonstrated in the following pages. 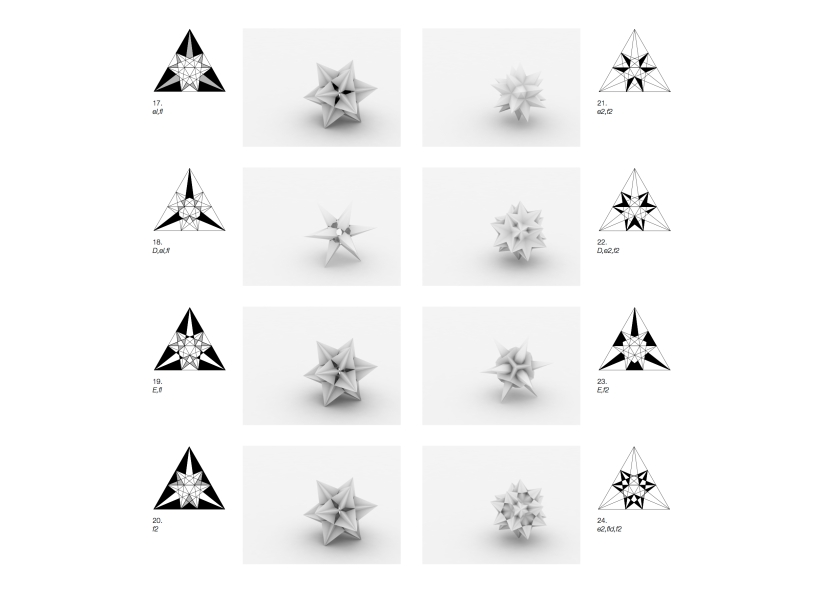 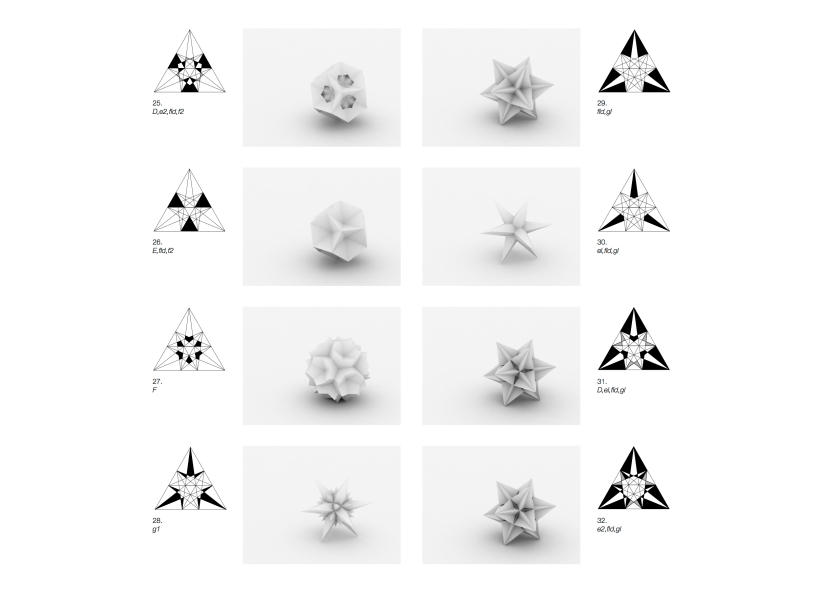 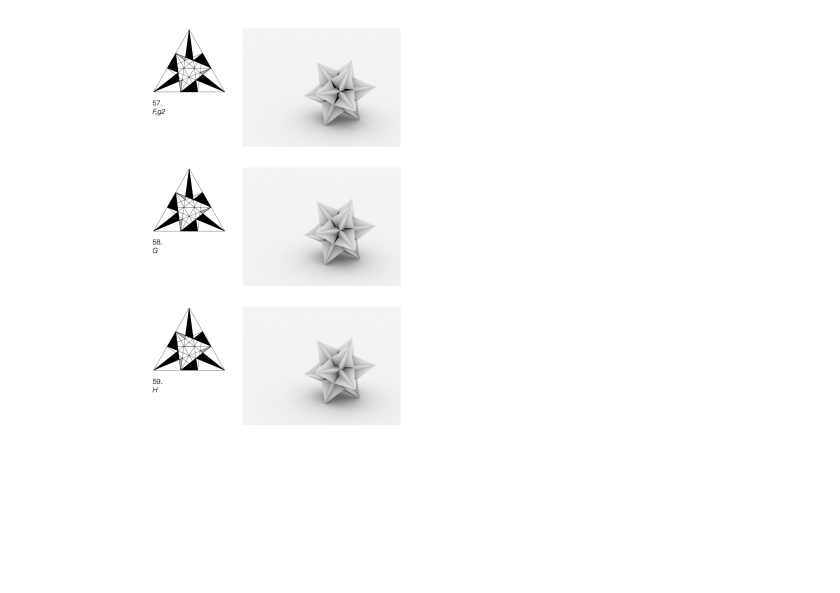