Surrounded nowadays by so much science fiction material in the form of print or movies, it is often hard to think of the beginnings of SF as a popular genre. And it’s even harder to believe that this popularity was mainly the result of only one man’s efforts, some 90 years ago.

Hugo Gernsback, a Luxembourgian entrepreneur and inventor, emigrated to the United States in 1904 to market his inventions on a land where everything seemed possible. Fascinated by technology and gadgetry, he gradually became more and more interested in the possibilities that the new inventions like radio and telephone could offer in the future. He started gathering material for something at that time was still unheard of, a publication for the so-called ‘scientification’.

In 1908 Gernsback started publishing “Modern Electrics”, a magazine that would inform the public on the latest innovations in technology and spark a wider interest into electronics. For the next five years Gernsback was opening his own pathway to SF. He felt this type of publication should contribute to the knowledge and understanding of science itself. 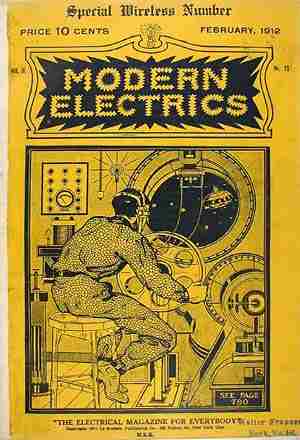 In 1913 he changed the name of his magazine to “Electrical Experimenter” and started including ‘scientific fiction’ alongside science articles, including his first SF novel, one which was to become a key work of reference for future SF writers: “Ralph 124C41+”, published as a book in 1925. 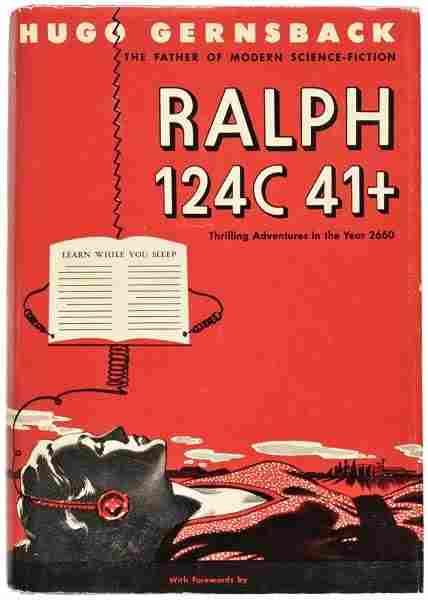 Often considered of low literary merit, the book is more of a systemised enumeration of future gadgetry than a story-teller: the eponymous protagonist saves the life of the heroine Alice by directing a flow of energy remotely at an approaching avalanche and then taking her into space on his own “space flyer”. This simple plot is used by the author to suggest a future that combines the entirely plausible and the bizarrely far-fetched. He predicts numerous later day inventions and innovations including: accelerated plant growing farms, elecromobyles, space-flyers, solar panels, the radar, television and channel surfing, the video phone, transcontinental air services and synthetic foods. 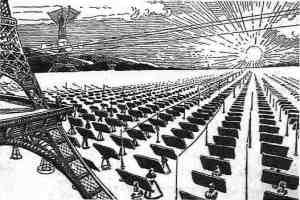 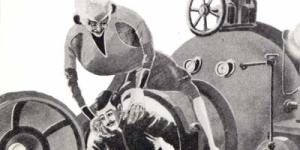 There are also predictions not yet fulfilled: the hyperbyscope – a sleep learning device, the menograph – a device that can record a persons’ thoughts, the permagatol – a gas that preserves organic mater indefinitely, vacation city – a domed city suspended 20,000 feet in the air using a device that nullifies gravity. 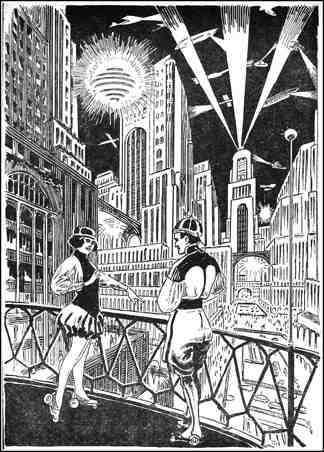 The book did not receive the deserved level of attention at the time, but it was for Hugo Gernsback only a step towards accomplishing his long term plan. On April 1926 he published the first magazine devoted entirely to science fiction: “Amazing Stories”. It was an immediate success, its purpose being to stimulate minds into pursuing scientific enquiry. Starting off with reprints of renown stories by Jules Verne and Edgar Allan Poe, it quickly gathered a strong readership base and original stories were being commissioned. With eye-catching covers and illustration by the talented Frank R. Paul and printed on relatively inexpensive pulp, it became one of the most popular magazines of the 1920s. It was in one of its issues that Hugo (re)coined the term ‘science fiction’. The main fascination lied with technological advancements and space exploration, often sparked by the most recent scientific discoveries. After 1929, the publication changed hands several times and as the diversity and complexity of the SF genre increased, the importance of this magazine fell proportionately. However Hugo Gernsback is still considered, along with John W. Campbell, one of the most influential SF editors in history, having shaped the way in which much of the genre would be understood in the 20th century. This is one of the reasons why the most prestigious awards in SF literature is still named in his honour.