Just came across this amazing video in which Eric Maundu talks about his start-up “Kijani Grows” (“Kijani” is Swahili for green), a small startup that designs and sells custom aquaponics systems for growing food using cheap technology including arduino boards. Toby and I often talk about “closed loop systems”, this is a great example of one. 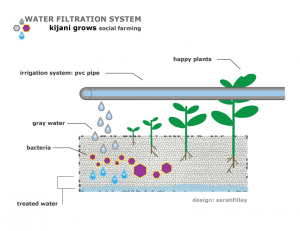 “The land in West Oakland where Eric Maundu is trying to farm is covered with freeways, roads, light rail and parking lots so there’s not much arable land and the soil is contaminated. So Maundu doesn’t use soil. Instead he’s growing plants using fish and circulating water. It’s called aquaponics- a gardening system that combines hydroponics (water-based planting) and aquaculture (fish farming). It’s been hailed as the future of farming: it uses less water (up to 90% less than traditional gardening), doesn’t attract soil-based bugs and produces two types of produce (both plants and fish). Aquaponics has become popular in recent years among urban gardeners and DIY tinkerers, but Maundu- who is trained in industrial robotics- has taken the agricultural craft one step further and made his gardens smart. Using sensors (to detect water level, pH and temperature), microprocessors (mostly the open-source Arduino microcontroller), relay cards, clouds and social media networks (Twitter and Facebook), Maundu has programmed his gardens to tweet when there’s a problem (e.g. not enough water) or when there’s news (e.g. an over-abundance of food to share).
Maundu himself ran from agriculture in his native Kenya- where he saw it as a struggle for land, water and resources. This changed when he realized he could farm without soil and with little water via aquaponics and that he could apply his robotics background to farming. Today he runs Kijani Grows (“Kijani” is Swahili for green), a small startup that designs and sells custom aquaponics systems for growing food and attempts to explore new frontiers of computer-controlled gardening. Maundu believes that by putting gardens online, especially in places like West Oakland (where his solar-powered gardens are totally off the grid), it’s the only way to make sure that farming remains viable to the next generation of urban youth.”

The Fin’s Labyrinth is a project by Stewart HICKS and Allison NEWMEYER from Design with Company which just won Suckerpunchdaily‘s competition to imagine a Center for Urban Farming.

This theoretical project titled “Fin’s Labyrinth” encourages inhabitants of a city to “play with their food”. According to the authors, it acts “both as working fish farm and a new form of public (civic) amenity. It uses the infrastructure for raising fish as a backdrop to a wide range of activities designed to entertain you while getting you acquainted with your next meal. It reintroduces the production of food into the daily lives of city dwellers, making a more concrete connection between what we put in our mouths and the environment required to generate it.”

A few months ago, Mark Zuckerberg, the famous co-founder of Facebook declared that he will “only eat meat that he killed.”  He justified this personal challenge by saying “I think many people forget that a living being has to die for you to eat meat […] so my goal revolves around not letting myself forget that and being thankful for what I have.” Under the tutelage of a chef, Zuckerberg visits local farms and cut the throat of animals with a knife, which is “the most kind way to do it”.

The Fin’s labyrinth and Zuckerberg’s latest “challenge” reveals a growing discomfort for what cannot be seen in the city while being inherent to its functioning: An intense violence was necessary to kill the animal yet one can buy its pieces packaged from the supermarket just like cereals. This imbalance could be solved in myriads of Architectural proposals. One could imagine a supermarket where you can hunt for food, with forests entering the white cold aisles. Who knows, maybe this might help reducing crime by helping people release their inner violence hence killing two bird with one stone. [:)]

Below are several projects from Design with Company on this topic: 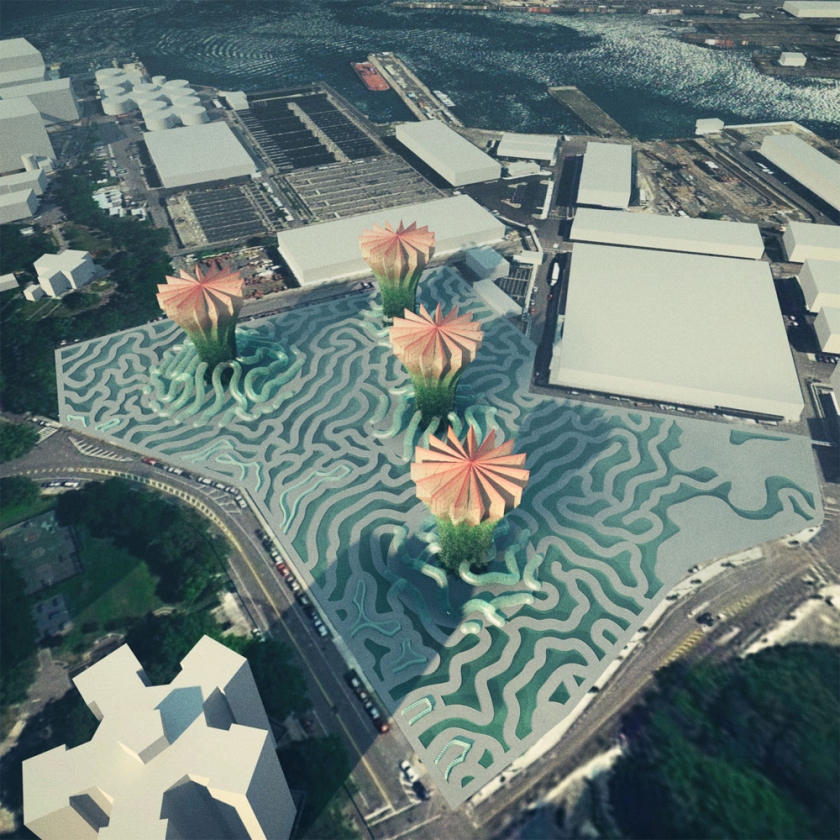