The academic year is almost over, the graduation show and prize ceremony is in two weeks. Toby and I just assessed everyone’s portfolios with the help of other tutors from Westminster. This is a very stimulating day in which all the studios’ year-long student work is seen and its diversity revealed. Students could not be part of the process and witness the efforts and beauty of the some of the work so here it is, a little selection of some of our most creative portfolios this year:

It was DS10’s Final crit yesterday which concludes our BRIEF03:TEMPLE. Wonderful day with a wide spectrum of temples showing the concerns and fascinations of a group of twenty-one architectural students in 2013. A myriad of political and spiritual statements on today’s society helped by parametric design tools and physical modelling. Here is the list of all the themes that emerged in the third term:

Thank you very much to all our external critiques: William Firebrace, Jeanne Sillett, Harri Lewis and Jack Munro.  Two weeks more to go until the hand-in of portfolios (28th May). Here are couple pictures:

Cyprus 1974: The forced geographical separation of the two main communities of the island, the Turkish Cypriots and Greek Cypriots, today have been developed back to back, creating two realities separated but joined by the third space, the Buffer Zone. Because of the lack of a political solution to be given the “Occupy” movement of  Cyprus, have joined forces to set up camp inside the buffer zone demanding reunification. A network from different types of people with different backgrounds from both communities co-oporate on site to create an actual and symbolic bridge. The assembly components are made out of waste timber found around the surrounding timber workshops. It is an emergent system that comes to life through a bicommunal effort to make their own style of living , and in that way becomes symbolic. The project is based on a time based growth of occupation in order to adapt to the expansion in time, across the streets and the buildings of the area rejoinning the two communities. 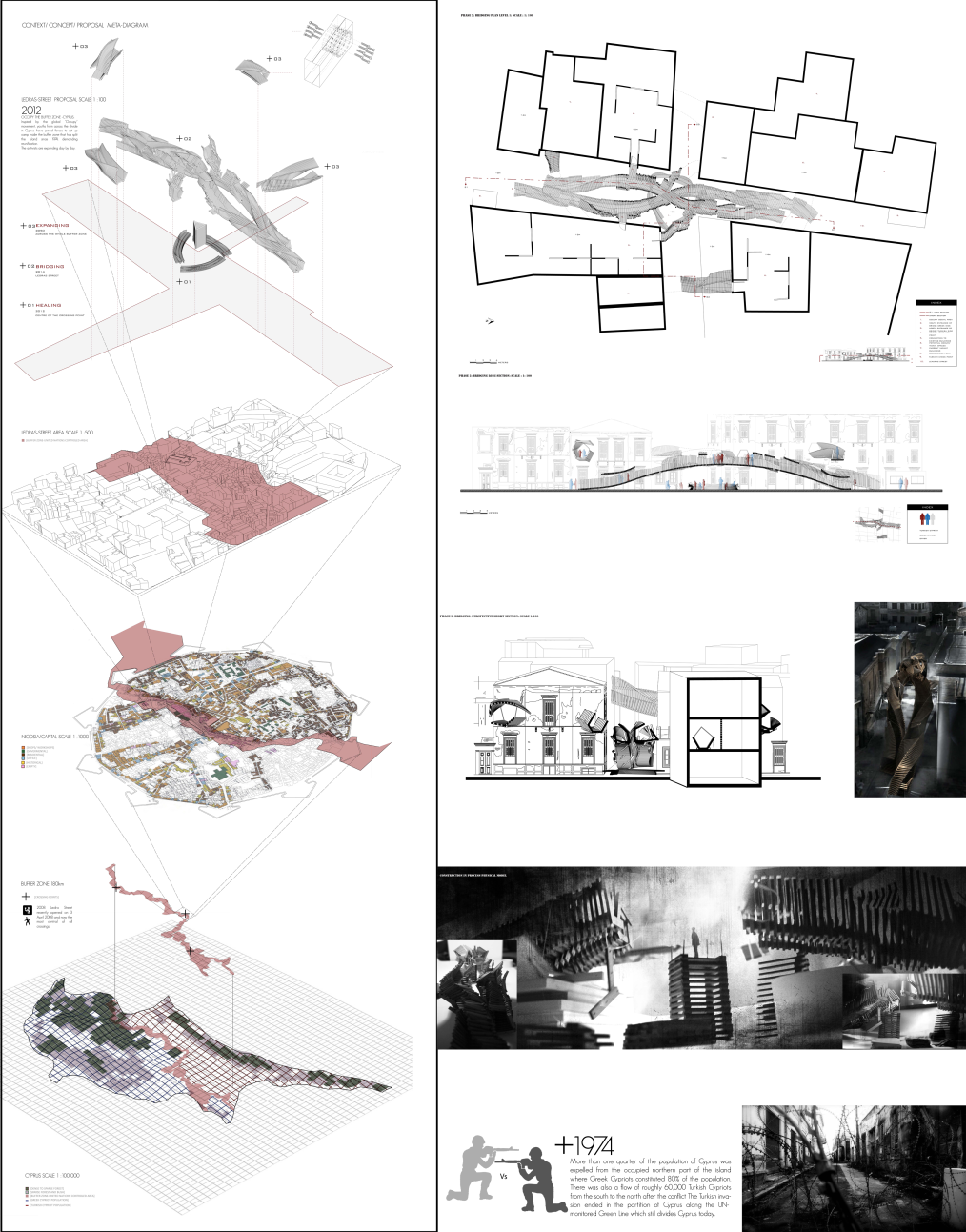