We just finished our last tutorials of the first term! Congratulations to all the students for the great three months and looking forward to the remaining two terms.

Students completed both briefs (brief01:systems and brief2A:festival) and are starting the case studies of events as part of our last brief (brief2B:realise).

Here are couple pictures of the projects we have seen during the last tutorials. Where do you suggest building the structures over the summer?

Very enjoyable crit day for DS10 at Westminster University. It was our second cross-crit of the year and students showed their proposal for Brief2A, building an interactive structure for Burning Man or the festival of their choice.

Processing is an open source programming language and environment for people who want to create images, animations, and interactions and created by Casey Reas and Ben Fry.

It has been used  by Architect, Graphic Designers, Jewellery makers and anyone interested in Generative processes based on simple rules with a beautiful graphical and interactive output. Below are a few examples:

First lets start with the creators of “Libraries” which are like Plugins one can add to Processing in order to use pre-determined functions such as 3D viewer or Physics. One of the most famous libraries, Toxiclibs, is developed by the self-taught designer Karsten Schmidt, director of PostSpectacular.

Above: Kartsen Schmidt’s work exhibited at the V&A as part of their Cult Of Beauty aestheticism exhibition.

N-E-R-V-O-U-S is a design studio which uses Processing to generate jewellery and furniture based on natural systems and simple laws. Thanks to an online Processing interface and Toxiclibs library, the “product” is generated according to the buyers’ wishes and then fabricated using a 3D printer. Below are images and videos of their work:

Above: Image and video of Laplacian Growth System

Above: Hele-Shaw Cell experiments with Paint and Plastic 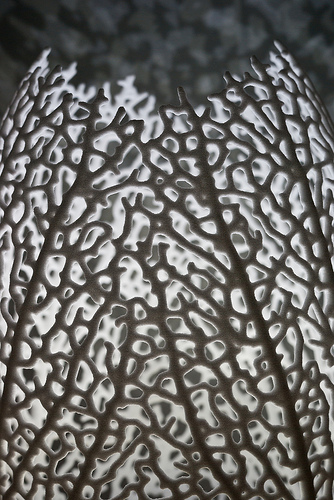 Biothing is an Architectural Practice led by Alisa Andrasek and Jose Sanchez, below is a project they have developed with the large scale 3D printer D-Shape based on the Turing Patterny:

Above: the Knitectonics Project Interface, using Processing and the Toxiclibs Library

-Have a look at Open Processing where people share their sketches. 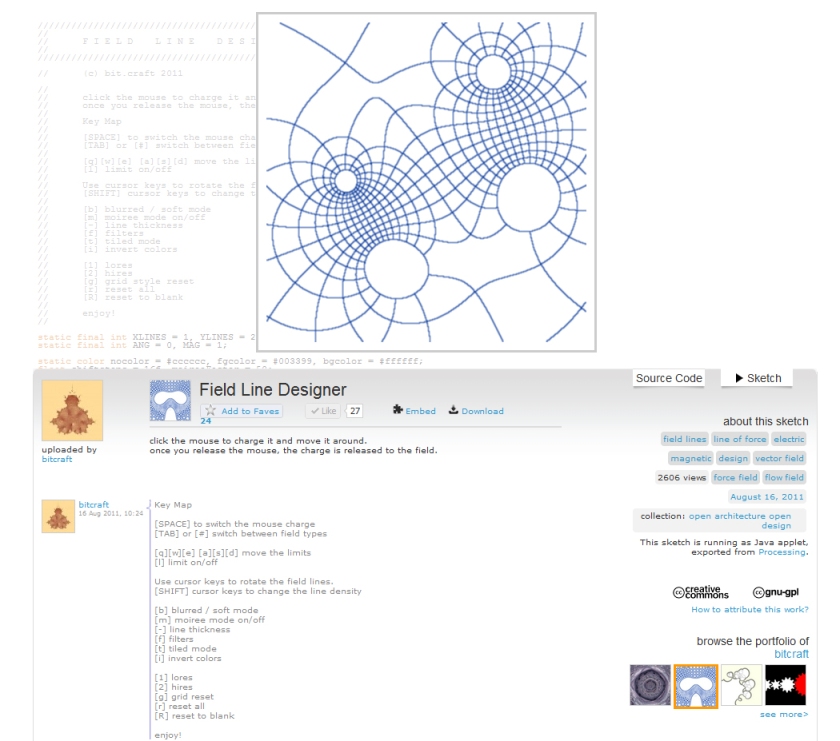 Above: Field Line Designer, a Sketch by bitcraft

And of course, The Processing Forum