My design studio DS10 work ‘Re-arrangable Wall System’,  has been selected by the New Design Britain as one of the five finalists for the award in the architecture category.  The project was displayed at the show at May Design Series, Excel, London and received a huge interested from the public visiting the exhibition. 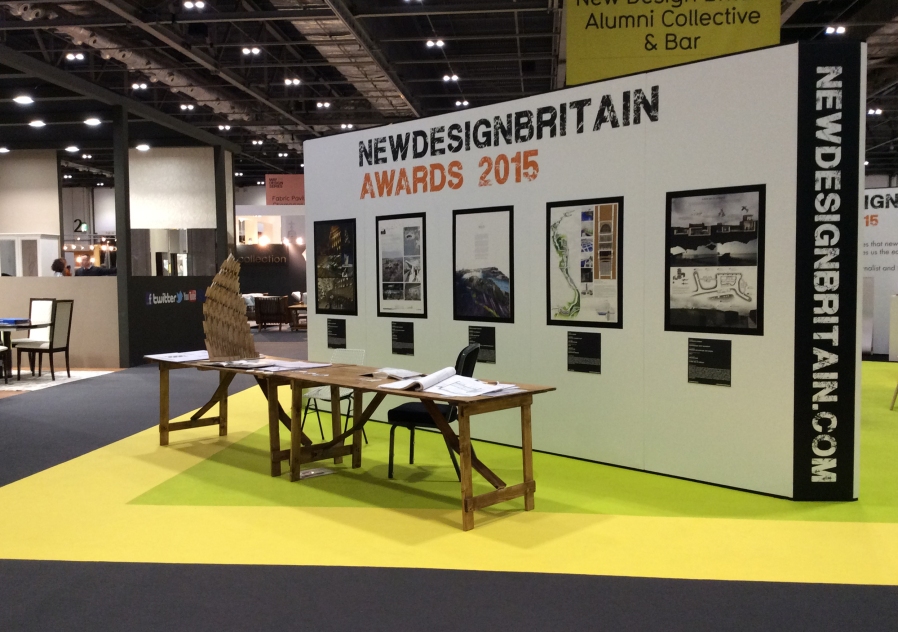 New Design Britain is a graduate programme helping for new design talent from Britsh universities. In February panel of expert judges selected a shortlist of 30 designers, 5 from each category. These designers’ products were then showcased at the to May Design Series 2015, giving them the opportunity to be seen by over 10,000 design professionals. Glow is an interactive light installation designed for the Burning Man festival. It is a touchable, playful, glowing structure. Three long branches form an interweaving structure, which is branching out into different directions, eventually ending by forming bunches of freely floating and glowing strings. With its appearance it is reminiscent to the willow tree which is a symbol of inspired imagination. Glow would be an experiential piece of art and one can experience it according to ones imagination.Glow as an artwork doesn’t intend to make a reference to any script that one would need to know which is not evident in it itself. Glow invites to engage with perceptual issues through experiencing it through its visual and tangible qualities.The installation will have the strongest impact in the night, as this would be time when it will reveal its qualities the most. Glow – is a captured light in the object. When the light is sparked at the bottom of the structure it runs through the paths created by the matter of plastic tubes and strings until eventually it escapes and disperse into the atmosphere, from that moment it becomes no more visible to the human eyes.

Glow is an object which embodies the constant flow of light. It tells a story about the light’s unique quality to make shapes visible to us. Glow is not designed as an object to be lit externally lit,it is an objects which glows itself. Glow traps the light for a moment and then light tries to escape it is being constantly mirrored, bouncing through the plastic it makes its shape visible. 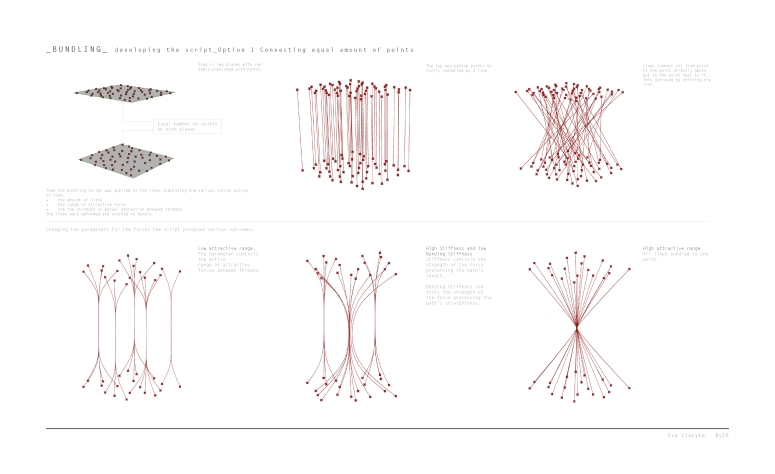 Structural characteristics were changed by manipulating the amount of forces acting on strands. The result is the series of experiments showing the development of different spatial structures and combinations with the aim to freeze the flexible digital structures in their position and create physical architectural expression. 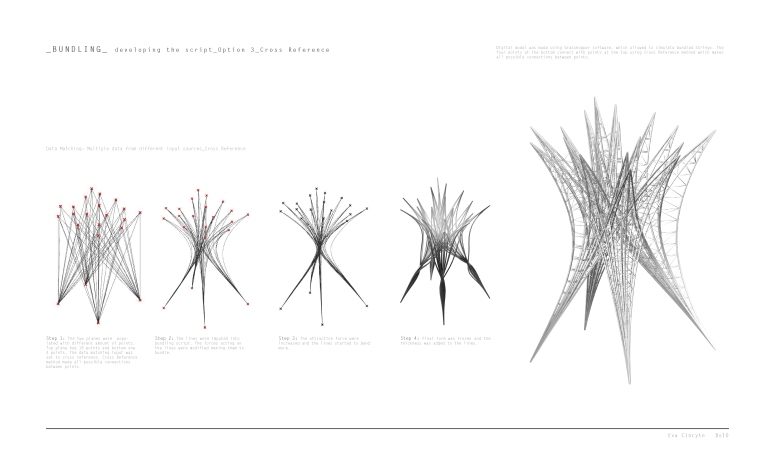 Focus when assembled would be a material artifact, approximately 8-9meters height tower, triangular plan with the central focal point, where is the place for the fire.

The tower envelope consists of three walls that form a continuous surface. Wall construction should follow a simple process, adding rows of intersecting components one after another, starting from the base until the last row.

The design of Focus started by looking into a mathematical system of an Euclid’s algorithm and it was a way to generate it’s constituent elements, but it didn’t define the final physical form. The mathematical expression was left at some point during the creative process, when it was found as a formalized system that is closed and univocal and does not contain qualities of the artwork.

Although this artwork started as a mathematical formula, which was a rational and ideal expression intended for the rational and conceptual human being. Later Focus became a work of art when an intention of it was to be understandable and perceivable to all, this was achieved by mixing sensible matter and form of mathematical symbols with conceptual content. 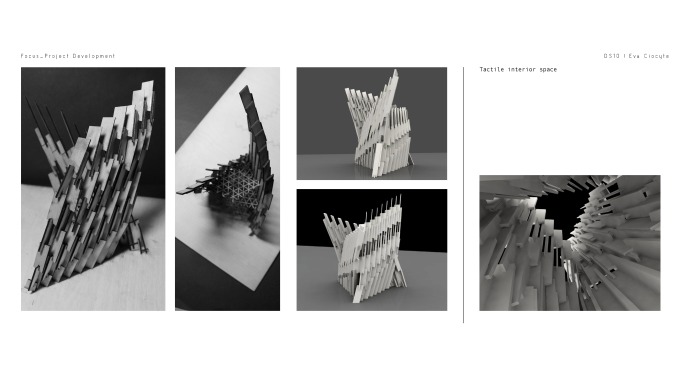 Focus expresses itself in its own name and name holds its meaning. The name Focus has multiple meanings as the art work will always have embedded message given by the artist, but at the same time it is not necessary to know the story behind it. It will have a meaning that participants would give to it themselves. In Latin, the word Focus means hearth, fireplace, center of interest or activity, but it is not necessary to know the meaning to understand it. Focus would be a perceptive expression, as perception is the act and the result of the act, which consists through the senses and the mind.

Focus would create strong sensual experiences for the participants and observers. It is designed to play with visual, tactile, aural experiences and perception of these qualities would bring a human being into play with his own entity.

Its purpose would be a matter of expression.  It would be at the service of nothing and no one, but at the same time it would exist to act on the human beings.