WeWantToLearn.net at Burning Man 2015 – A video by Freddie Barrie

“We believe that Architecture should be fun and in giving our students the opportunity to build projects in the real world. We want them to dare to be naïve, curious, and enthusiastic,  to think like makers and to act like entrepreneurs, creating an architecture of joy. Burning Man is the playground for our dreams.” Toby Burgess and Arthur Mamou-Mani, DS10 Studio Leaders, University of Westminster

Here are some stills extracted from the video: 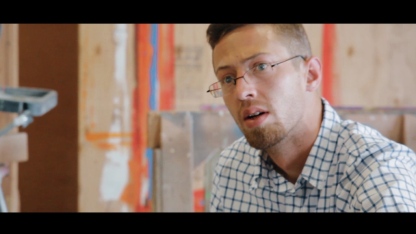 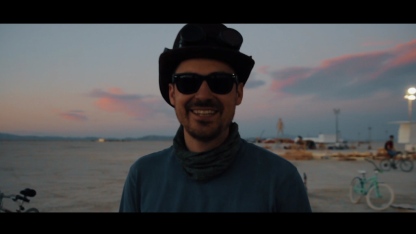 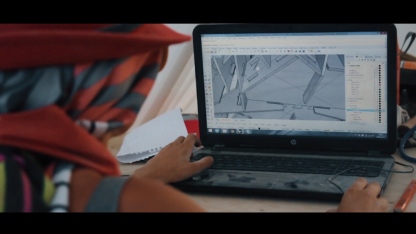 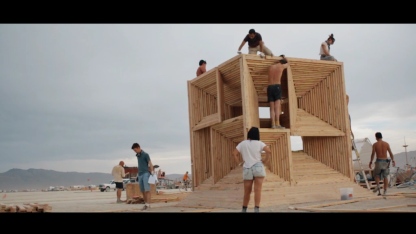 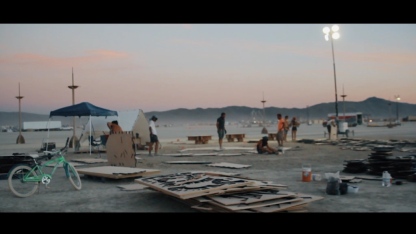 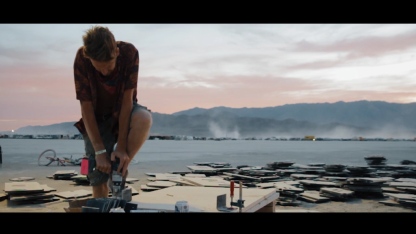 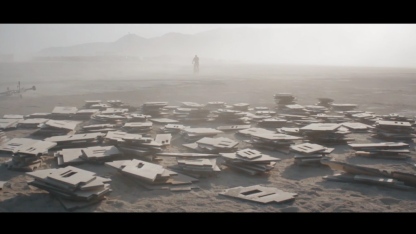 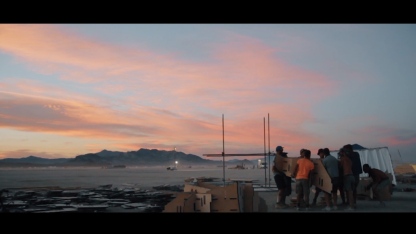 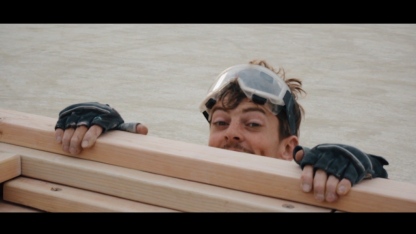 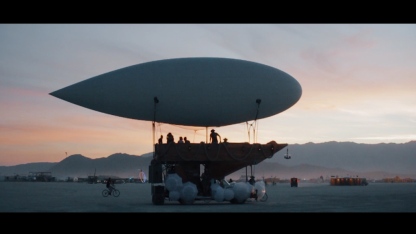 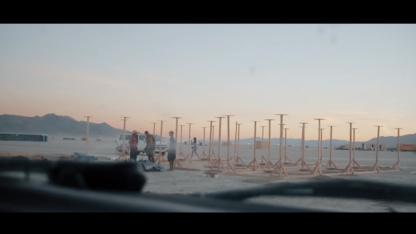 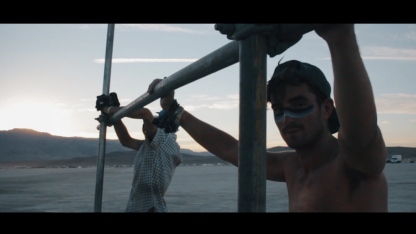 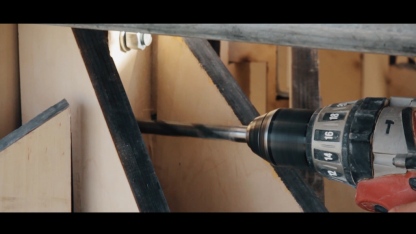 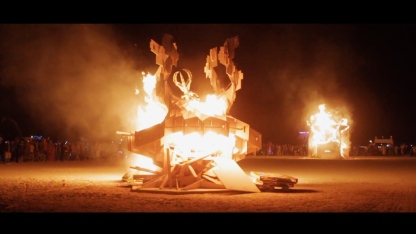 A quick update from Burning Man’s dusty “Playa” on which three Diploma Studio 10 students have built their academic projects together with a team of 60 volunteers from the University of Westminster and beyond. You can follow our Instagram account for more pictures of the journey and we will post more details and pictures on our return. Thank you so much for your support and hope that the projects will inspire you!

Click the image below for a site packed with information on global festivals. With the location of this years brief open to personal choice, it provides a good place to start:

I just wanted to say a big thank you to Conrad at Loopy Lights for helping us with our EL Wire for Shipwreck. Big success!

We ended up using ice blue super bright 5mm el wire which was great at withstanding everything burning man had to throw at it!

Go check out http://www.loopylights.com for all your el wire needs!

We’re back from the desert! Very proud to have completed two beautiful projects at the Burning Man festival 2013 with our DS10 students and guests from the Architectural Association, Columbia University and UCL.

Credits to the team:

Here are couple more pictures of the finished projects:

Some images of the construction of Shipwreck, from the collection of the pieces all the way to the assembly 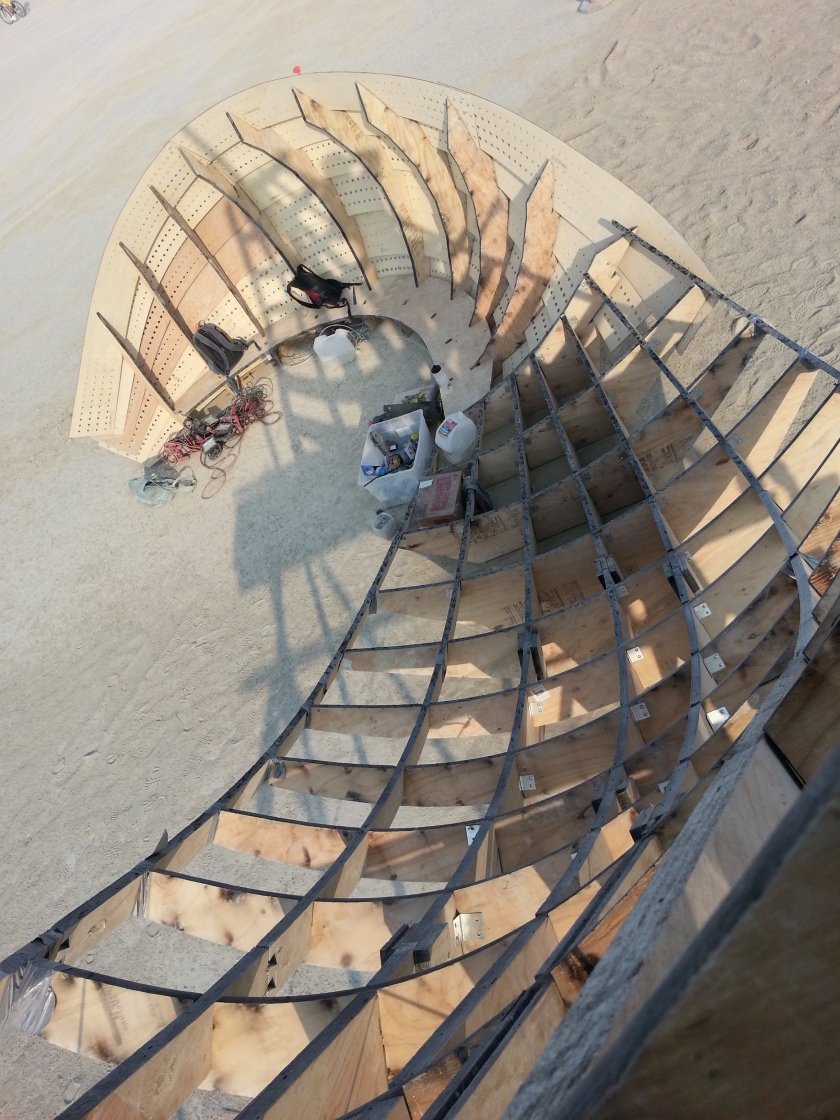 Images of the construction process of Fractal Cult until the burn:

Finally, how we made our camp look more like a home and less like a refugee camp:

A beautiful view of the festival itself at sunrise:

Here is a text that we wrote about the experience:

Diploma Studio 10:
Diploma Studio 10 at the University of Westminster is led by Toby Burgess and Arthur Mamou-Mani. They both believe that involvement is key to the process of learning and therefore always try to get their students to “get out and build” their designs in the real world. The studio starts the year with the study of systems, natural, mathematical and architectural systems of all sort, paired with intense software training in order to build up skills and a set of rules to design a small scale project which they will be able to build during a real event in the summer. Throughout the year, they build large scale prototypes and draw very accurate technical drawings, they also need to provide a budget and explain how it makes sense within the wider context of the festival, some of them will event start crowd-funding campaign to self-finance the projects. Our ultimate goal is to give them an awareness of entrepreneurship in Architecture and how to initiate projects as this is for us the best way to fight unemployment in our profession.
Burning Man and the 10 Principles:
The Burning Man festival takes place every summer in Black Rock desert, Nevada. It is a “participant-led” festival in which the activities are initiated by the people attending it. There are around 60,000 “burners” every year building a giant temporary city in which they create a social experiment which follows the 10 principles of Burning Man. They conclude the festival by burning a large sculpture of a Man.
What interested Toby and Arthur are the 10 principle which guide the “burners”: Radical Self-Reliance, Radical Inclusion, Gifting, Leaving No trace, to name a few. Designing with these rules in mind help students understand basic issues of sustainability. Designing for Burning Man also helps the students to design with “playfulness” in mind, as all the structures have to be climbable and interactive. We are not the only one inspired by these rules, Sergei Brin, co-founder of Google, asks all his staff to follow the principles when they come up with new ideas.
The Story:
On our first year at Westminster we found out that our student could submit their Burning Man proposals and receive a grant from the organizers. After receiving 20 submissions from the same school, the organizers were very intrigued and decided to contact us. The director of the Art Grant told us that she loved the project but that all of them were just not possible in the context. She decided to visit us in London to explain what we could do to submit better projects the following year which we did. On the second run, the festival chose two projects, Shipwreck by Georgia Rose Collard-Watson and Fractal Cult by Thanasis Korras.
These two projects are representative of the way we run our studio: Thanasis looked at Fractal on Brief01 and Georgia looked at ways to bend and assemble strips of wood together. They both explored these systems before submitting a project with a very strong narrative which fitted perfectly the burning man philosophy. Thanasis linked his Fractal to the symbol of “Merkaba” whereas Georgia told the story of a shipwreck which offered shelter from the dust storms.
Once the project got chosen, we partnered with an engineer, Ramboll and started researching for suppliers and fabrication facilities in the USA. We took the 3D files from concept all the way parametric models for fabrication. We started a Gantt chart with every step to take from rental of 24ft truck, collection of item all the way to demolition.
One of the main aspect that required a lot of planning was the camp. We had to plan every meal and food that would not perish under the extreme condition. We also found a way to rent a whole camp equipment from past burners.
On site:
The team grew little by little, many of our student could not afford the trip or could not take such a long time off so we asked around if anyone else would like to join us and thanks to our blog posts and active social networking online, students from the Architectural Association, Columbia or UCL started showing interest and joined the team.
Our first surprise on site was the power of the dust storm. One of our Yurt flew away and some of us got stuck in different places of the site seeking shelter. We were terrorised. Sleeping in tents was also extremely hard as you would be awaken by temperatures approaching 40degrees celcius, at the end of the construction, a lot of us would sleep in the foam hexayurts in which we were storing equipment at first.
We learned so much.

Thank you so much everyone – We received funding on Kickstarter ! You can still help us by donating on our Paypal button:

The past couple weeks since our last updates were very busy. We have sent all the fabrication files to our contact next to San Francisco. To make sure the files were alright we had several meetings with our engineers and made a lot of physical tests.

The team has shrunk so if you are keen to join us from the 18th August until the 6th September,you can email us at info@WeWantToLearn.net

A special thanks to Harri Lewis, Stephen Melville and James Solly from Ramboll Computational Design (RCD) for their precious help all along!

Here are couple updates on the projects:

– Help us finance the projects on Kickstarter –

After a long day of work with Chris Ingram, Dan Dodds and Thanasis Korras yesterday, we have nearly finished 3D modelling the two projects. The Fractal Cult was redrawn using rules defined by the hinge connection suggested by Ramboll. There are 5 different types of piece that make up each of the four fractal cults. Extracts from the rules as specified by Dan Dodds and Thanasis Korras:

For each Fractal Cult pods:

The Shipwreck now has more support on the ground which will help with the cantilever. The supports being more pronounced, we used this as an opportunity to create a bench. We are planning to finish the fabrication files this afternoon. We are still missing some notches, thickness as well as labelling and unrolling all the pieces.

Hello! Couple technical updates on our Burning Man Projects for the team, donators and potential collaborators:

Please help us continue the work, even £10 helps – Donate Now –

You can also comment on this page to make suggestions on the fabrication – We need more quotes for the CNC and/or Laser cutting job in the U.S. West Coast (Los Angeles, San Francisco, Las Vegas, Sacramento, Fresno, Reno preferably) . We also need quotes for the scaffolding structure.

The academic year finishes very soon but we are getting ready for the Burning Man festival!! After two years of research, we are so proud and excited to finally go to the festival and build the two beautiful projects, Ship Wreck and Fractal Cult.

We will be there from the 19th August until the 3rd September. On the first week we will build the Ship Wreck and the Fractal Cult and at the end of the second week we will burn all the wooden parts and disassemble the scaffolding used on Fractal Cult.

Although we won a grant to pay the materials, we still need to purchase several expensive items such as a generator for the lights, pay for some of the fabrication for the pieces, for food and water on site, the tents…etc…Our aim is to reach £3000 for all of it. Therefore we need your generous help.

Your name and website will be added below the donation button until the end of September. The names will be ordered according to the amount donated. You will benefit from our 1,000+ visitors a day having a direct link to your website.