So I have been trying out a variety of software’s via my smartphone to enable the projection of architecture related 3d models onto surfaces which the user can orient and move around. The three strongest were;

AndAr had the most consistant viewport, but could view only very low poly models

Augment could view more complex models, but was prone to crashing and cut parts of the model out

Aurasma I found to be the most successful. I joined as a developer, and after working through a lot of new software’s was able to create material maps, lighting and orientation (in Maya) to a level of control that the other apps do not have.

So if you want a go, download Aurasma on your smart device, search for University of Westminster’s channel, point the viewfinder at the playing card picture in the gallery and you can have a look at my model yourself!

I own the University of Westminster’s developer account it seems, so if anyone is interested in having a go then feel free to ask. 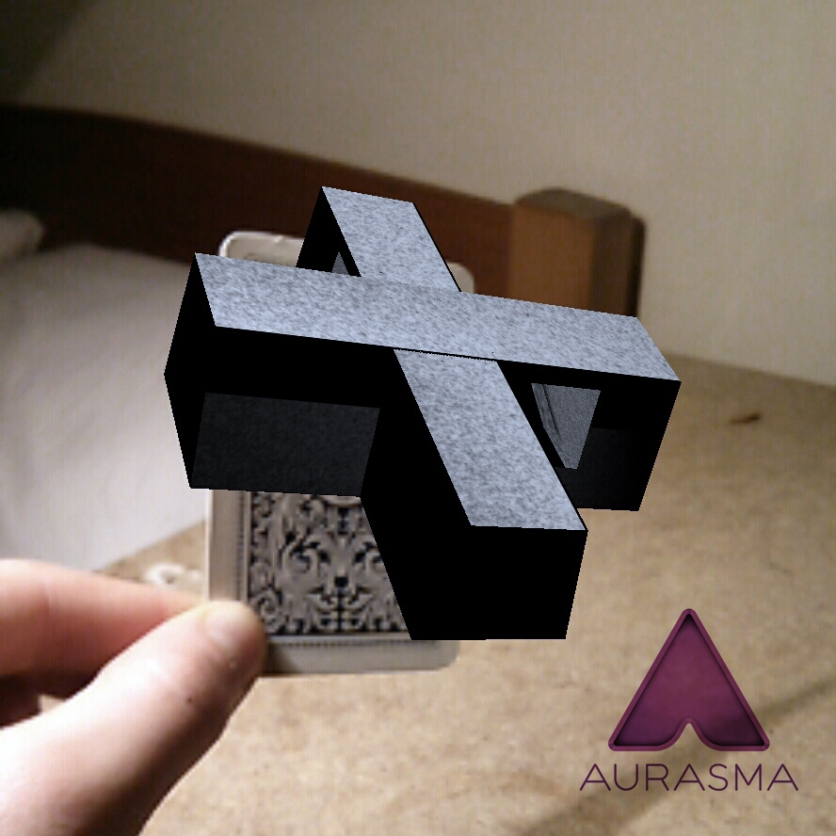